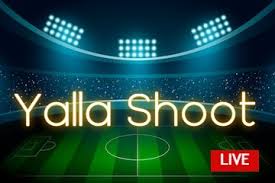 You’ve all heard the expression, “great touch”, referring to a player who made a basket with several bounces on the rim or some such analogy. It’s really a sarcastic remark, because the insinuation is that the shooter planned it that way, but it was really a lucky shot or a series of lucky bounces etc. I want to elaborate on “shooting touch” and possibly shed some new light on this aspect of shooting. You may know by now that I don’t give much credence to the importance of the feet in shooting other than the 6″ bend at the knees and the feet should be shoulderwidth apart. I also don’t think there is a huge factor in whether the dominant foot is slightly forward of the other or perfectly square or directly under the shoulders.

We have all known that since before the era of the “Peach basket”. Ever since I have been doing shooting clinics, I can’t recall anybody ever telling me that the last thing they think about as the ball is released from their shooting hand, is which part of the hand dominates the touch and feel of the ball. By this I mean, that players are just not cognizant of the importance of the finger correlation to the ball release. Of course, I would say most players are completely unconscious of the hand placement or grip alignment on the ball. I am referring specifically to the free throw here where a player has the time to do so but when you watch players on TV take their bounces or their so called pre-shot repertoire or routine prior to a free throw, you will be amazed how few players even watch the ball and ensure correct hand alignment on the ball before they shoot. Go ahead I challenge you to watch and see if I am right. Anyhow, this is real important. This is when it gets into the nitty gritty.

Since I just don’t believe that you can rely on the natural human makeup to be a great shooter, I feel that our natural makeup is not perfect enough when it comes to shooting a basketball or engineering accuracy.  As a human entity we are created perfect, but when it involves external activities it all becomes subjective.  We need the help of scientific criteria and physics to help the imperfect anatomical structure.  The reason I know this is because I fit into this box myself. No matter how hard I tried to be a great shooter in my early days I never could achieve the efficiency numbers that I do in my later life because I have learned to shoot mentally and physically and not just physically.

The shot begins cerebrally. It is a matter of mind over matter. Process over product. Beginning before the end. Alpha before omega. You get the picture. It is a fact that a high percentage of players think of making the shot rather than concentrating on the ever so important mechanics at the moment of release. Now here is where the rubber meets the road. When we shoot the regular inflated ball ask yourself what you do at the moment of release. Why do you think most other players are any different. They are يلا شوت  not. As a whole we have not been trained from the shooter’s perspective. We have been trained from the coach’s perspective. And how many coaches out there were shooters in college, or let me re-phrase that. How many were great shooters in college or the Pro ranks. Not very many. You see the gap we have to contend with.

You will notice how much time I spend on isolating individual fingers and their involvement in the shooting process. Well, I know that when I start teaching my methods and secrets a lot of players have a hard time making this adjustment of transferring their thinking process from the basket to themselves. It’s a total reversal from what they are used to. Some make an easy transition, but with others it takes longer and that’s understandable. One of the key factors, if not the main factor involved in shooting is to shoot the shot straight. And what guarantees the shot to go straight? The index finger does.

There is a definitely different feeling from shooting a flat ball and a fully inflated ball. It is hard to explain. You just need to try it. If you are a player that has a hard time connecting a feeling from the brain to the ball through the finger tips then you need to try to shoot with a flat ball. Here is the sensation that you will feel, or you should feel. It is a natural tendency that when one shoots a ball, that the shooting wrist has a tendency to flail or at least to sway sideways. It is the weight of the middle finger and the ring finger combined that generally cause the sway. By shooting a flat ball you will feel the indentation more pronounced than with an inflated ball. The extra time it takes for the indentation to occur will relay to your conscious brain which finger is applying how much pressure to what part of the ball. This has to be understood, felt and corrected. Ideally, the ball needs to have even energy generated from the tip of the index finger down through to the wide base of the pinky finger and the wide thumb. This wide base must remain this way from the beginning to the end of the shot. All the while being cognizant of those 2 dreaded fingers (ring finger and the middle finger), so as not to let them dominate the direction of the ball.